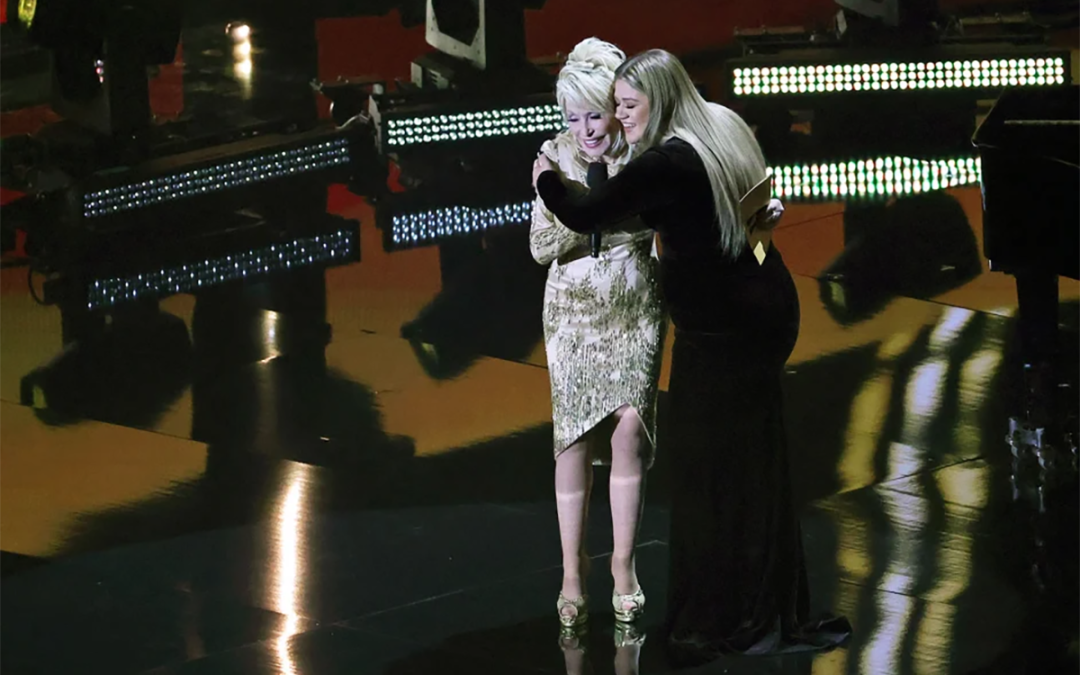 Dolly Parton’s song “9 to 5″ — originally written for the 1980 film of the same name, in which she starred alongside Jane Fonda and Lily Tomlin — has been one of her signature hits for over four decades. The song’s catchy tune and theme of women being overworked and underpaid still resonates today. In honor of an upcoming documentary about the film’s legacy, titled — what else? — Still Working 9 to 5, Parton partnered with Kelly Clarkson to record a new version of the song.

The reimagining of the originally peppy song casts it in a more downtempo and moody light. Clarkson’s signature emotional delivery is on full display, complemented by Parton’s classic chirpiness (“I got to sing background for a change,” Parton joked in an interview on The Kelly Clarkson Show). In a press statement, Clarkson, who recently celebrated the 20th anniversary of the American Idol win that made her famous, said that singing with the country legend now gives her “bragging rights til the end of time.”